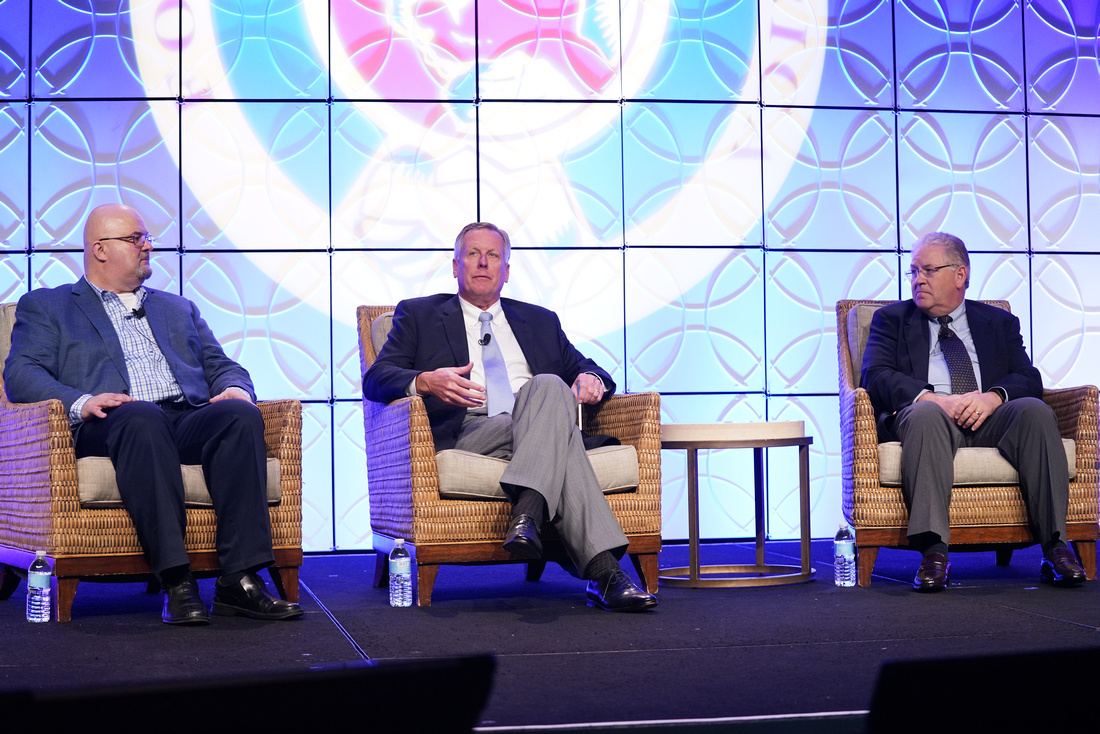 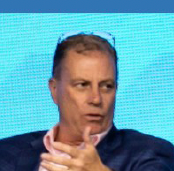 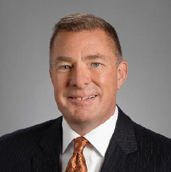 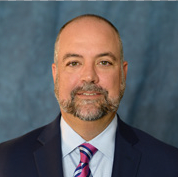 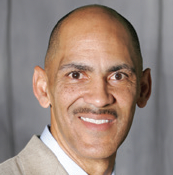 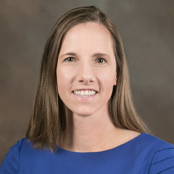 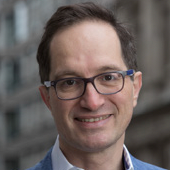 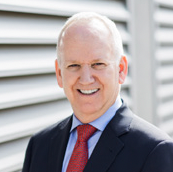 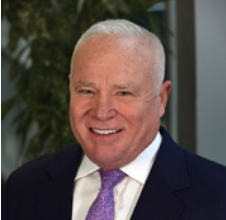 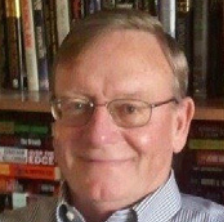 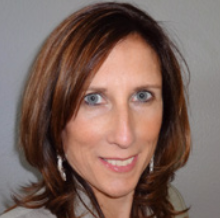 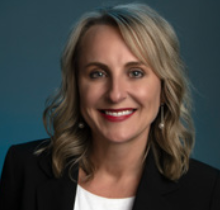 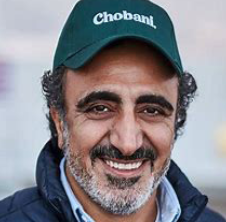 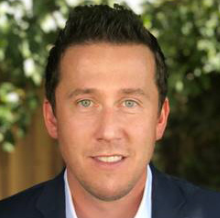 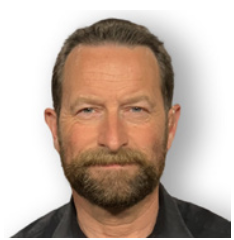 Street Journal, Logistics Management, Transport Topics, and the Journal of Commerce. He has been a featured speaker at numerous supply chain industry conferences. Thom is a 7-time Wall Street Journal All Star and has been recognized 8 times as Best Analyst in his sector among regional/boutique firms by Institutional Investor magazine. He holds a B.S. in business administration with a Finance major from the University of Central Missouri.

In his capacity leading International Trade Policy and Cross Border Operations, he works on issues related to NAFTA/USMCA, tariffs, customs, and immigration. Bob currently serves on the American Transportation Research Institute’s Research Advisory Committee and is on the Board of Directors for the Border Trade Alliance.

Tony Dungy retired from a 31-year career in NFL having been the head coach of the Indianapolis Colts and Tampa Bay Buccaneers and amassing a 148-79 overall record while reaching the postseason an unprecedented ten straight times. Upon retirement from coaching, Dungy became an analyst for NBC’s Football Night in America and was nominated for an Emmy Award in his very first season as a television commentator.

More recently, Mr. Dungy and wife Lauren released a new book entitled “You Can Be a Friend”, which teaches children what it means to be a good friend.

Kathy leads ALAN in facilitating donations of logistics services and equipment that enable the delivery of millions of dollars of humanitarian aid each year. She works on national work groups, including those hosted by the Department of Homeland Security, National Emergency Management Association, The Transportation Research Board and others, each which is focused on efficient coordination of logistics activities during disasters.

Prior to joining ALAN she lead IT infrastructure implementation and support, corporate systems and business continuity planning for Saddle Creek Logistics Services.

Mr. Peter Hinssen is a Managing Partner at Across Health, N.V. and a Manager at Newton Engineering BVBA. He is an author and keynote speaker specialized in radical innovation and the impact of digital technology on business and society, and a lecturer at London Business School and MIT Sloan School of Management. Mr. Hinssen has been an Entrepreneur in Residence at McKinsey & Company since 2000. He was a Venture Partner at Volta Ventures and Co-Founded Porthus N.V. and serves as its Chairman of the Board. He also Founded Across communications and Streamcase NV and has been involved in numerous other technology related ventures.

Mr. Hinssen is also the author of business books such as ‘Business/IT Fusion’, ‘The New Normal’, ‘The Network Always Wins’ and ‘The Day After Tomorrow’. Mr. Hinssen holds a Master’s degree in Telecommunications and Electronical Engineering from the State University of Gent, Belgium. He earned a master in civil engineering from Ghent University in 1993.

From 1975 to 1984 and again from 1986 to 1990, Mr. Knight was employed by Swift, where he served as Executive Vice President and President of Cooper Motor Lines, Inc., a former Swift subsidiary. Mr. Knight currently serves on the board of directors and Executive Committee of the American Trucking Associations.

Robert E. Low founded Prime, Inc. in 1970 in Urbana, Missouri, as a 19 year-old engineering student at the University of Missouri. With nearly thirty years of experience, Robert’s keen instincts and intuitive managerial style have propelled Prime to the forefront of the transportation industry by providing safe, on-time delivery of goods throughout North America.

As the company grew from a one-truck operation to its current fleet size in excess of 7700 trucks and over 13800 trailers, Robert performed numerous tasks. Under Low’s leadership, Prime’s annual revenues have increased each year since 1986. Today, Prime Inc. is recognized as an international leader in transportation of refrigerated and flatbed operations.

Jack started his Truck Dealer Career in 1977 with Mack Trucks, and finally ended up being one of the Founders of Valley Freightliner in Washington. In 2002 he left Valley Freightliner to be a Founding Partner of Decisiv, Inc. and started his Consulting Career. In January 2014 he started GPorter Group. Jack developed the TCA Benchmarking Program in 2003 while with Decisiv. He has moderated multiple Trucking and Truck Dealership Groups over the past 20 years.

Jack became Managing Director of the Truckload Profitability Program (TPP) in July of 2017. His duties remain  moderating Groups, setting TPP Strategy, and Growing the Program inside the TCA. He is a self-appointed “Business Fertilizer” and fierce Trucking Activist.

Anne-Marie specializes in quantitative and qualitative market research. Prior to launching 210 Analytics, she served as the Director of Research for the Food Marketing Institute (FMI). Responsible for all research projects, she distilled complex research data into usable and easy-to-understand materials for business audiences ranging from America’s largest retail chains to single-store family companies.

Studies and presentations included shopper insights; retailer benchmarking and trending in financial, operational and tactical areas; and internally- focused research such as conference evaluations and member needs assessments. Before joining FMI, Anne-Marie served as the Director of Marketing and Research at the American Society of Travel Agents (ASTA) and oversaw all primary and secondary research efforts, as well as the association’s membership and conference marketing.

She leads the strategic direction of marketing, sales, customer experience, and external product development, including J.B. Hunt 360. Shelley is also responsible for commercializing services internationally and oversees the Company’s efforts to create a more inclusive culture and work environment.

Hamdi founded Chobani in 2005 with the mission of making better food more accessible and providing good food for all, while also improving local communities. After selling the first cup of Chobani yogurt in 2007, Chobani became the number one selling Greek Yogurt brand in the United States in less than five years.

Alexander works on Daimler’s future electric commercial vehicles in North America. Under its Freightliner brand, Daimler Trucks will introduce class 6-8 battery- electric trucks to the market in 2022 and is currently working closely with its customers to actively shape these products. With its Innovation Fleet and Customer Experience Fleet pilot projects, Freightliner already has over 30 trucks in customer hands that deliver real freight on real routes today.

Alexander has spent his career in areas where automotive and technology industries meet. He has launched several Connected Car projects, oversaw the Autonomous Driving team for an OEM and served as Software Development Manager for in-vehicle entertainment applications.

Duncan Wardle worked as the Head of Innovation and Creativity at Disney. Duncan and his team helped Imagineering, Lucasfilm, Marvel, Pixar and Disney Parks to innovate, creating magical new storylines and experiences for consumers around the world. As the founder of iD8 & innov8 he now brings this extensive experience to audiences around the world using a very unique approach to Decision Thinking that not only places the end user at the core of the creative thinking process, but also looks in new and unusual places to uncover insights for innovation, helping people capture unlikely connections, leading to fresh thinking and disruptive ideas.

Duncan is a multiple Ted X speaker and contributor to Fast Company Magazine. He teaches Master Classes at Yale, the University of North Carolina, Duke University and the University of Florida. In 2008, he received the American Citizen of Choice Award at the White House.